Ersilia: Body of the Gateway Cities 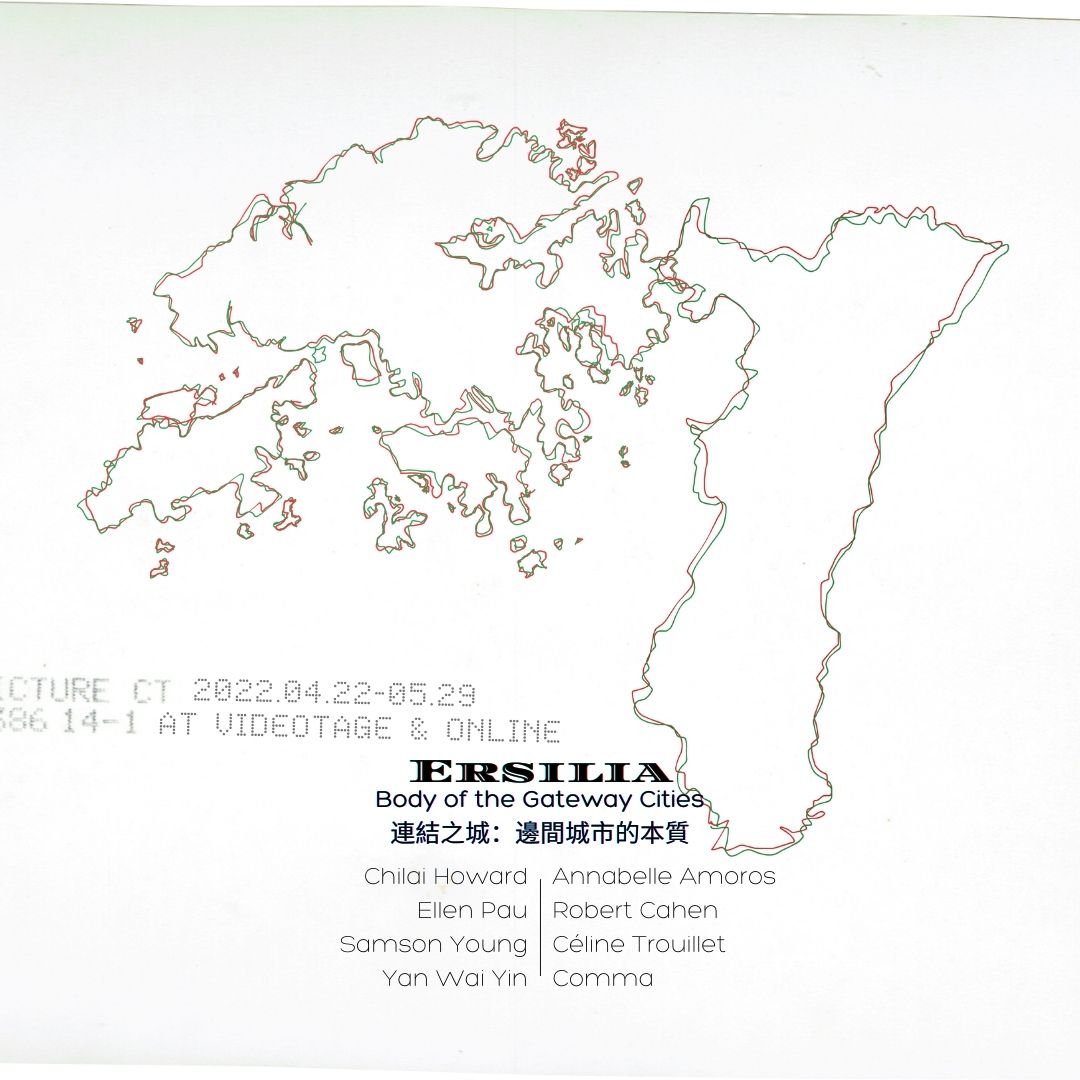 In Italo Calvino’s Invisible Cities, the novelist described Ersilia, a beautiful fictitious city circled by strings following its residents’ daily lives. The labyrinth of threads materialises the city's essence and remains there even when the people and architecture are long gone.

Hong Kong and Alsace are nearly 10,000 kilometres apart yet share some similarities: historically, both regions are the gateways of cultural exchanges with people who come, go, or stay. The fluidity of the population has incubated their unique and rich languages, people, thoughts, and stories.

Alsace is a hybrid from its origin. According to Gabriel Braeuner’s article “Histoire de l’Alsace : l’essentiel !”, one of the theories is that its name came from the Alemmanic German “foreign land” (Braeuner, 2012). It has a long history of being a “Country in the Middle” (Pays du Milieu) as described by the poet Jean-Paul de Dadelsen in his famous text "Goethe en Alsace" (Dadelsen, 1965). Its unique position between France and Germany puts the land a focal point of Europe and inevitably a focal point of wars on the continent. From the Thirty Years’ War to the two World Wars, people from Alsace were torn as brutal wars hit the region. Brothers were forced to be enemies on the battlefield. After WWII, the war trauma made people from the area feel odd out between two cultures.

Despite the different historic background, I can’t help but wonder - did Hong Kong people, at some point, also feel like the “odd ones out”? In the past, people came to the then-British colony for trading, safety during wartime, and money opportunity - for many of them, it should have been a temporary stay. As Ackbar Abbas states in Hong Kong: Culture and the Politics of Disappearances, Hong Kong “has always been, and will perhaps always be, a port in the most literal sense - a doorway, a point in between - even though the nature of the port has changed” (Abbas, 1997, p.4).

Time eases differences. Today, nobody would object that Alsace, which has been controversially merged into the “Grand Est” province since 2016, is French. Similarly, the sense of otherness in Hong Kong disappeared in generations, forming a culturally unique and vibrant society.

Does a place shape its residents? Do we shape where we live? The exhibition Ersilia: Body of the Gateway Cities examines the relationship between people and land in video art. Through the eyes of eight artists - Annabelle Amoros, Robert Cahen, Comma (Clémence Choquet et Mickaël Gamio), Chilai Howard, Ellen Pau, Céline Trouillet, Yan Wai Yin, and Samson Young, we look at the connection between them and their surroundings.

Among them, some grew up here with deep sentiment, some decided to move here and build their home, and some see themselves as nomads, always looking for their next destination. Somehow, this combination of different points of view towards their homes illustrates the essence of Alsace and Hong Kong - a fluidity that flows along with their citizens.

Seizing the passing time and space, the artists have intentionally or unintentionally captured a thousand facets of both regions through their video art, revealing their relationship with the places.

Succeeding Calvino’s imaginary place's name, the exhibition will attempt to catch the intangible traces of people’s lives in two “Gateway Cities” - Hong Kong and Alsace, through video art where the artists weaved their interpretations of the world into images and sounds.